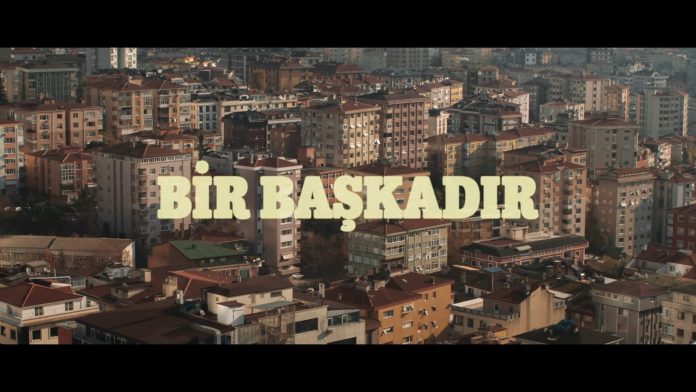 “Bir Başkadır, A Kaleidoscopic Gem of a Turkish TV Series” by Santiago Brusadin

This article was published on yabangee.com on 14 December 2020.

In an abnormal and downright weird 2020, healthcare workers have been the heroes that the world needed. In a more mundane fashion, the ones staying safely at home surrounded with a bunch of versatile solutions for modern living, 2020 had another hero as well: Netflix. The content platform has allowed us to travel the world from our sofa and discover other cultures: La Casa de Papel, Dark, Unorthodox… And now, among these gems, arrives one Turkish TV series: Bir Başkadır.

Bir Başkadır follows the protagonist Meryem (Öykü Karayel), a conservative young woman who lives with her brother’s family and works as a cleaning lady, that, following several episodes of fainting, starts to visit a therapist, Peri (Defne Kayalar), with an opposite socio-cultural background. Their relation of contraposition and juxtaposition – secular vs religious, wealthy vs deprived, less educated vs educated abroad – expands into a well-knitted web of connected characters (that brings to mind the book Istanbullu, which you can find my review of here) that amplify this diversity with unforeseeable consequences for all the characters.

This eight-episode limited series works on several levels and it will have a different impact depending on the profile and origin of the viewer. For a viewer not living in Turkey it will be a deep, if not difficult approach to Turkish society in all its complexity, extremes, and contradictions. For foreigners living in Turkey, as myself, this fiction will probably force them to an exercise of revision of preconceived notions of people they see every day but don’t really interact with (embodied in the internal battles and hypocrisies of Peri). For Turkish viewers it might confront them with the unhealthy realization of a homeland with a deep social polarization and the inaction from all their parts to change it.

This drama paints a necessary canvas of Turkey’s social stratification, brings to light our prejudices, and tears them apart. This firmly, but subtle, settled animosity and prejudice is masterfully conveyed from the pilot episode. The first episode only needs a brief scene in a car to show us that two head-scarved women could not be more different in their characters and the way they approach life.

Even when the TV show becomes melodramatic – and it does – it follows a long tradition from the Yeşilçam era of Turkish cinema with doomed love stories, alienation of society, and criticism of the heavy patriarchy. The zoom-out shots and the ending of some episodes with old concerts clips are another homage to the 70s cinema.

The writing, by Berkun Oya, creates lighting in a bottle: it provides us with multidimensional characters with a minimalistic approach. Our protagonist is a chatterbox but her love interest barely talks. By contrast, we end up knowing them deeply. The narrative just needs one scene with the character in different situations (with their family, with their friends, all alone…) to give us access into different sides of their personalities, all burdened by their culture, their roots, and their environment. The characters strike a chord with all those living in Istanbul because we have met a Peri, we have met a Meryem, we have encountered a wannabe playboy or a macho man with inferiority complex.

The full cast performance is mesmerizing, and the camera, again by Oya, most times a simple fixed angle, close but not intrusive, allows the characters to breathe, to mumble dialogue at a slow pace that allows the truth of a gesture to come out. It is cinematic and gorgeous.

The art direction and set design is subtle and exquisite, recreating down to the smallest detail the ambiance of different kinds of Turkish homes (from the richest to the humblest).

The story feels like a ticking time bomb ready to explode. While the end doesn’t quite deliver this promised big bang, it is still an enormously satisfying story, brilliantly presenting flesh out characters, grounded in truth, that have full-fledged arcs in this entertaining cautionary tale that leaves a mark.

Santiago Brusadin is an architect passionate about travelling and writing about the hidden corners and the ordinary beauty of cities. He left his home in Barcelona and moved to Istanbul following the blend of architecture and energy, new challenges for his insatiable curiosity and love. He now thoroughly enjoys writing for Time Out Istanbul and Yabangee.

EXHIBITION: The War and Armistice