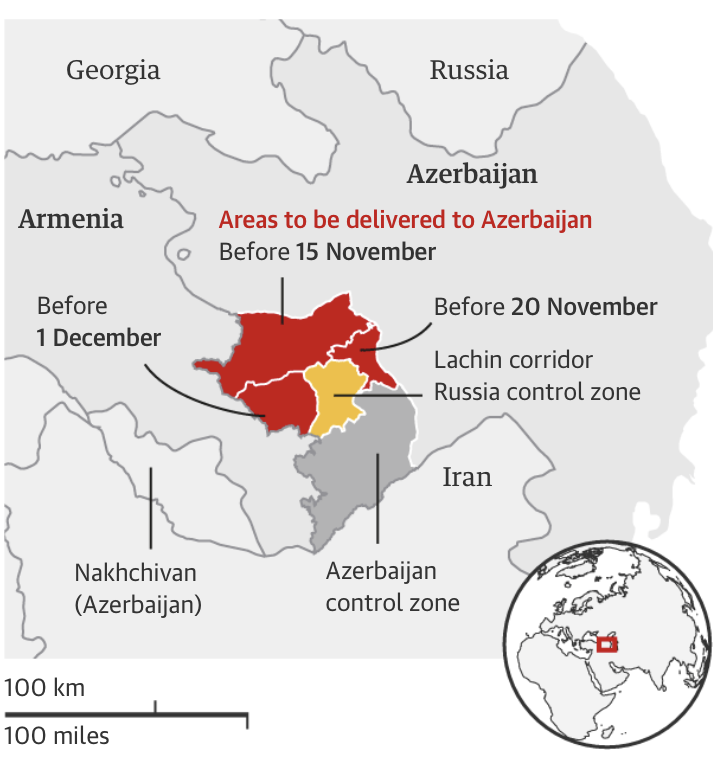 The Russian-brokered ceasefire deal in Nagorno-Karabakh will empower both Moscow and Ankara as the new kingmakers in the South Caucasus, analysts said, redrawing security guarantees between Armenia and Azerbaijan with the conspicuous absence of the west.

As in the conflicts in Libya and Syria, Russia and Turkey have once again found themselves backing opposing sides, and used their sway on local players to negotiate for peace deals that guarantee their own influence.

That configuration eschews France and the United States, which along with Russia had formed the OSCE Minsk Group and hosted talks since a key 1994 ceasefire that ended a bloody war between Armenia and Azerbaijan.

But the OSCE Minsk Group played little role in negotiating an end to the 2020 war, as the United States had appeared distracted under President Trump, was left off of initial communiques calling for an end to the violence.

Meanwhile, Turkish support for Azerbaijan helped launch a six-week offensive that had captured Shusha, a strategically-placed city in Nagorno-Karabakh, and was threatening the region’s largest city of Stepanakert until Russia stepped in with peacekeepers.

The agreement mediated by Russia in Nagorno-Karabakh

“The Minsk group basically doesn’t exist anymore,” said Lukyanov, calling Turkey an “important part of the equation”. “The military defeat of Armenia means that the previous status quo is impossible to restore. That means that the Russian role as a guarantor of stability is highly demanded by both sides.”

Early on Tuesday morning, the first of nearly 2,000 Russian peacekeepers deployed toward the Lachin corridor, a lifeline between mainland Armenia and Stepanakert, the largest city in Nagorno-Karabakh. Under the accord announced signed by Armenia and Azerbaijan, Russian troops will guard the corridor for five years.

The future for Stepanakert looks dim, said Laurence Broers, the Caucasus programme director at Conciliation Resources, a peace-building group, adding that “maybe the calculation is that it’s going to be such an awful place to live that most of the Armenian population – most of whom have already left – won’t come back”.

The mission is arguably Russia’s greatest intervention into the region since the 2008 Georgia war. Russia had resisted a peacekeeping role for weeks until it became clear that Azerbaijan was threatening to capture the whole of Nagorno-Karabakh.

“The idea was to let the Azeris win but not completely,” said Lukyanov. Under the agreement, Azerbaijan will retain control of the land it has captured during the war and retake territories outside of Nagorno-Karabakh under Armenian control.

Already on Tuesday there were signs of both sides jockeying to spin the peace deal. The Azerbaijan president, Ilham Aliyev, said that both Russian and Turkish peacekeepers would be deployed to Nagorno-Karabakh, shocking many Armenians. Russia quickly intervened, highlighting that Turkey was not an official partner to the peace agreement.

“Not a single word is said about this in the published statement,” Dmitri Peskov, the Kremlin spokesman, told reporters on Tuesday. “The sides did not agree on that. The presence of Turkish soldiers in Karabakh was not coordinated.”

Turkey’s influence on the conflict has been well documented, as Ankara sold crucial drone technology to Azerbaijan, and Turkish security firms contracted with rebel fighters from Idlib to travel to Azerbaijan and fight on the front lines of the conflict.

And the opening of a direct link between Azerbaijan and its exclave of Nakhchivan, which borders Turkey, would create a land route from Turkey to mainland Azerbaijan.

All eyes will now be on the Russian peacekeepers in Nagorno-Karabakh, who are the key to maintaining a fragile ceasefire.

Broers said that the Russian peacekeepers could “look like a colonising force”.

“To go into a peacekeeping operation without a political process that could deliver a peace agreement basically means you’re there for good,” he said. “What’s been created now is an inherently unstable situation. That peacekeeping contingent will be vulnerable to provocations.” 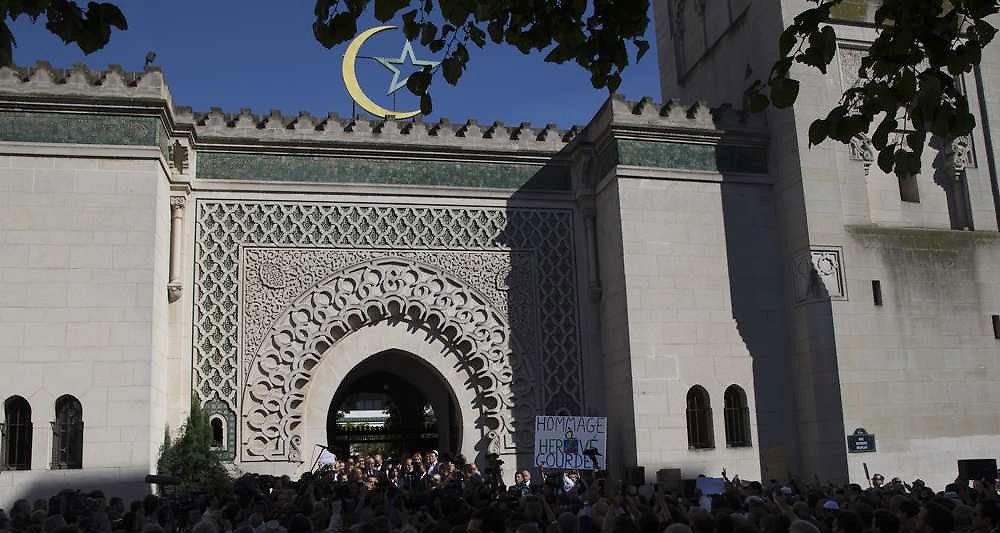