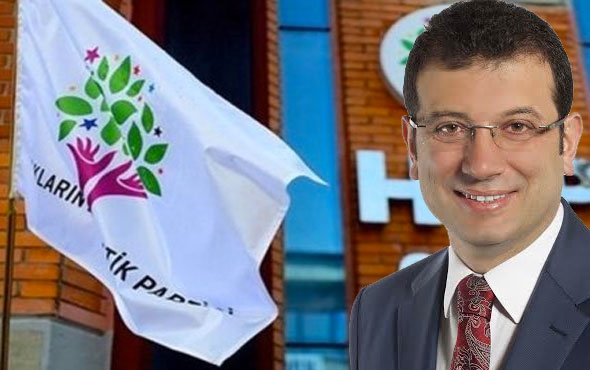 HDP: No change of tactics towards the Istanbul elections

The Peoples’ Democratic Party (HDP) has released a written statement after the state-run Anadolu Agency (AA) announced Kurdistan Workers’ Party’s (PKK) imprisoned leader Abdullah Öcalan’s letter to his attorneys as a call to the HDP to stay neutral in the İstanbul mayoral election rerun on June 23.

Undersigned by the party’s co-chairs Pervin Buldan and Sezai Temelli, the statement said that the letter has a “meaning and depth much beyond the government party’s political calculations.”

As for Erdoğan’s claim that there is a “power struggle” between Öcalan and Selahattin Demirtaş, the HDP’s imprisoned former co-chair, it said, “Erdoğan trying to put our party and Öcalan at odds with each other shows how pragmatically he acts in politics and how desperate he is.”

“HDP is a party that is the symbol of democratic politics and democratic negotiations. Mr. Öcalan’s statements on the HDP which is the representative of a new style of politics in Turkey have historical meaning and depth much beyond the government party’s daily political calculations and election polemics.

“HDP aims society’s democratic transformation as a whole through the culture of democratic reconciliation. It strives for the materialization of the democratic alliance, for the struggle for democracy and peace to succeed. For these reasons, it regards Mr. Öcalan’s statements in the same context as vital and very valuable for democracy and peace to be gained. We expect all the segments of the society, both the government and the opposition, to adopt this democratic approach.”

AA “an agency of the government”

The HDP also criticized the AA which it defined as “an agency of the government” for being irresponsible in terms of press ethics.

“The stance of the AA is proof of the insecurity and violation of law at İmralı. Leaking a text that is under the responsibility of the prosecutor’s office and the [prison] administration to AA before it was delivered to its recipients is also proof of the 20-year unlawfulness and immorality.

“AKP [the ruling Justice and Development Party] Chair and President Erdoğan trying to put our party and Öcalan at odds with each other through the text that is leaked unethically shows how pragmatically he acts in politics and how desperate he is.”

The statement also noted that the HDP is sided with neither the AKP-led People’s Alliance or the Nation’s Alliance led by the main opposition Republican People’s Party (CHP), saying that the polarizing politics makes the problems of the country, including the Kurdish problem, become “chronic.”

HDP is “the third way”

“The perspective of Mr. Öcalan’s statement is very clear and he said, ‘You are the third way,’ [to the HDP]. what the HDP defines as ‘the third way’ is the way of democracy, the way of peace.”

The party said it aims to make the AKP, which became “oligarchical” as it gained power, to return to democratic politics. It also aims the same for the opposition, regarding the Kurdish problem in particular, it added.

Concluding the statement, the HDP said it is determined to pursue its “third-way strategy” and a change its strategy and tactics towards the İstanbul elections is out of the question.