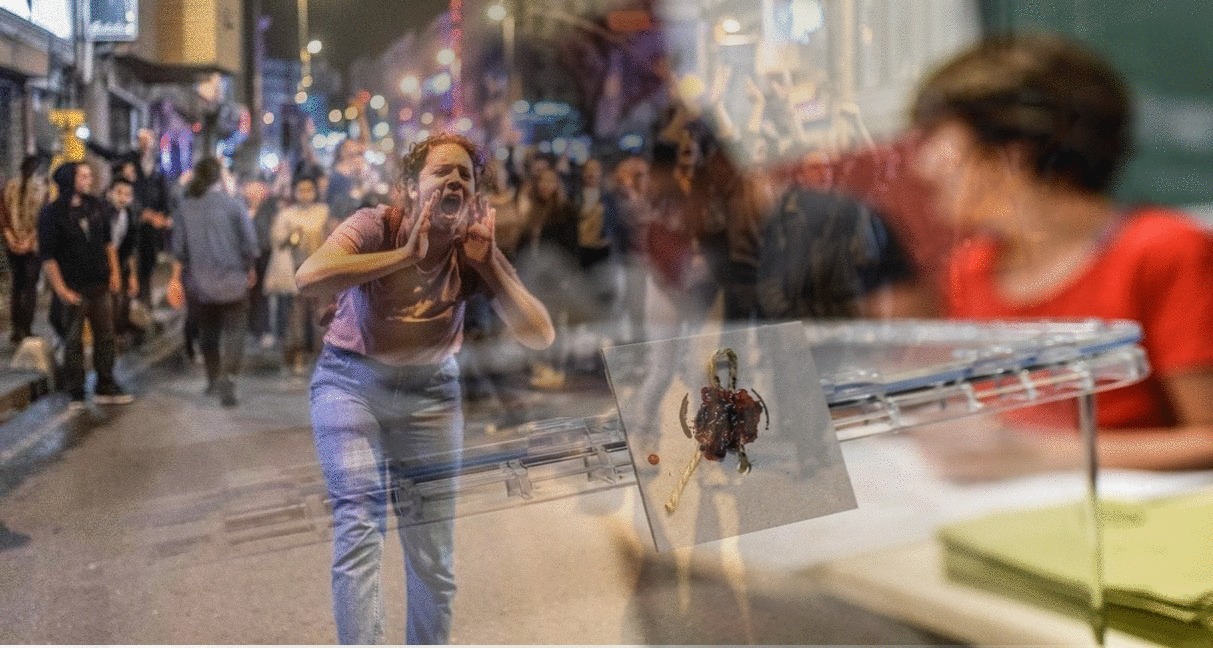 WHAT IS HAPPENING AFTER “SOMETHING HAPPENED” IN ISTANBUL ELECTIONS!

Erdogan’s party argued that although they could not prove exactly what happened in the Istanbul Elections but they still believe that “something happened”. On this highly controversial and ambiguous objection, the Central Electoral Council (YSK) ordered to invalidate and renew the Istanbul Elections. Main opposition leader accused the Electoral Council members acting like “gang members”. Opposition front seems to be enlarged and quite confident about winning the elections once again. However, many political analysts believe that Erdogan will do anything at any price to win the elections. Amidst economic crisis and rising conflict in both sides of the Turkey’s Kurdish populated border with Syria, a very tense 45 days ahead.

Spokespersons of Erdogan’s ruling AKP argued that although they could not prove exactly what happened in the Istanbul Elections but they still believe that “something happened”. On this highly controversial and ambiguous objection, the Central Electoral Council (YSK) ordered to invalidate and renew the Istanbul Metropolitan Elections. Reactions to decision are firm and harsh: Main opposition leader named the Central Electoral Council members acting like “slaves” and behaving like “gang members” rather than acting as independent judges.  Yet the opposition announced its decision to take part in the renewed elections. Apparently, not just Istanbulites but all the citizens of the country centered on the 23rd of June.

Compared to last local elections, opposition front seems to be enlarged and opposition candidate Imamoglu’s supporters are quite confident about winning the elections once again. However, many political analysts believe that Erdogan will do anything at any price to win the elections. Amidst economic crisis and rising conflict in both sides of the Turkey’s Kurdish populated border with Syria, a very tense 45 days ahead.

Oppositional candidate for Istanbul Metropolitan Municipality Ekrem Imamoglu won the local elections in 31 March with a slight victory. That was a great moment for the opposition to take over the Istanbul municipality from the pro-Islamists after a 25 years.

However, President Erdogan’s ruling party (AKP) refused to accept the results and objected the results on various, changing and ambiguous bases. After recounting all the “invalid ballot papers” the result did not change and Imamoglu was announced as the mayor of the metropolis on April 17, pending the AK Party’s last objection to the close results.

Supreme Electoral Council’s decision triggered numerous and spontaneous protests. Almost all political parties except the ruling party and its ally condemned the decision. Beyond parties, NGO’s, artists, labor unions, business associations, professional chambers and even some EU officials and ministers announced their concern about the process’s profound anti-democratic oddity.

Main Opposition party’s (CHP) leader Kılıcdaroglu vehemently criticized the decision and named the Central Electoral Council’s members as “members of gangs” for their decision to invalidate the elections. On the other hand, Kılıcdaroglu, refused the calls for boycott and vowed that they will take part in the renewed elections and regain the city.

Meral Aksener, leader of the secular and nationalist Iyi Parti, the main ally of the CHP, also criticized the Council’s decision as a “shameful” decision and even defined it as “civil coup” against the democracy. Similarly, İyi Party also decided to take part in the renewed June 23rd elections by supporting Ekrem Imamoglu again.

Left wing and pro-Kurdish HDP, although not an official part of the opposition’s “People’s Alliance” (Millet İttifakı), declared that they would keep their stance in the renewed elections as before.  Previously, HDP indirectly supported the CHP’s candidate for Istanbul elections, played a crucial role in the slight victory of Imamoglu in 31 March elections.

Other oppositional parties and movements also protested the ruling party led decision of the Central Electoral Council: left wing Worker’s Party of Turkey (TİP) chairperson and MP Erkan Baş condemned the decision electoral council for “stealing peoples will”.  Two other smaller parties, the pro-Islamist oppositional Saadet Party and the centrist Democratic Left Party (DSP) signaled they might also stand aside in favor of Imamoglu. Some independent left wing candidates who ran for municipal elections also decided to withdraw in the renewed elections in order to support Imamoglu.

Finally, former President and an ex-Prime Minister of Erdogan’s Justice and Development Party (AKP), Abdullah Gul and Ahmed Davutoğlu respectively, stated their discontent about the annulment of Istanbul elections. Both names have not strong influence within their party, yet their public expressions of discontent could be an indicator for greater discontent within the ruling party itself. TUSIAD, the major association of big business in Turkey, showed its discontent by stating the “renewal decision would not help to recover economic problems that Turkey facing in the last periods”.

The renewed elections will be held on 23rd of June 2019. Both AKP and CHP declared to have the same candidates in the coming elections though there are speculations about a last minute change for AKP’s candidate Binali Yıldırım.

AKP hopes to mobilize their former voters who probably did not participate to the last local elections. If they manage to persuade those “indifferent” voters, they expect to a relatively higher result.

CHP, on the other side, hopes also to gain more votes from the former voters of the ruling party through their “inclusive” approach. CHP analysts believe that Imamoglu’s rhetoric is becoming more and more attractive to the younger conservative voters whose families traditionally voting for the AKP.

Kati Piri, the European Parliament’s rapporteur on Turkey, wrote on Twitter that she thinks Erdogan “does not accept defeat” and the Central Electoral Council acted under pressure. She added: “This ends the credibility of democratic transition of power through elections in Turkey.” EU’s diplomatic chief Federica Mogherini also evaluated the process as a break from “a free, fair and transparent election process”. Guy Verhofstadt, the President of Alliance of Liberals and Democrats for Europe said on Twitter that the decision to rerun Istanbul elections threatened to make continuing EU accession talks “impossible”.

German Foreign Minister Heiko Maas stated that “the decision… is…  not transparent and not comprehensible.” The French government called on Turkish authorities to show “respect for democratic principles, pluralism, fairness [and] transparency”.

Edward Parker, managing director at Fitch Ratings who heads the group that covers Turkey, said on the next day of the decision that rerunning the elections put “another nearly two months of extra uncertainty…”