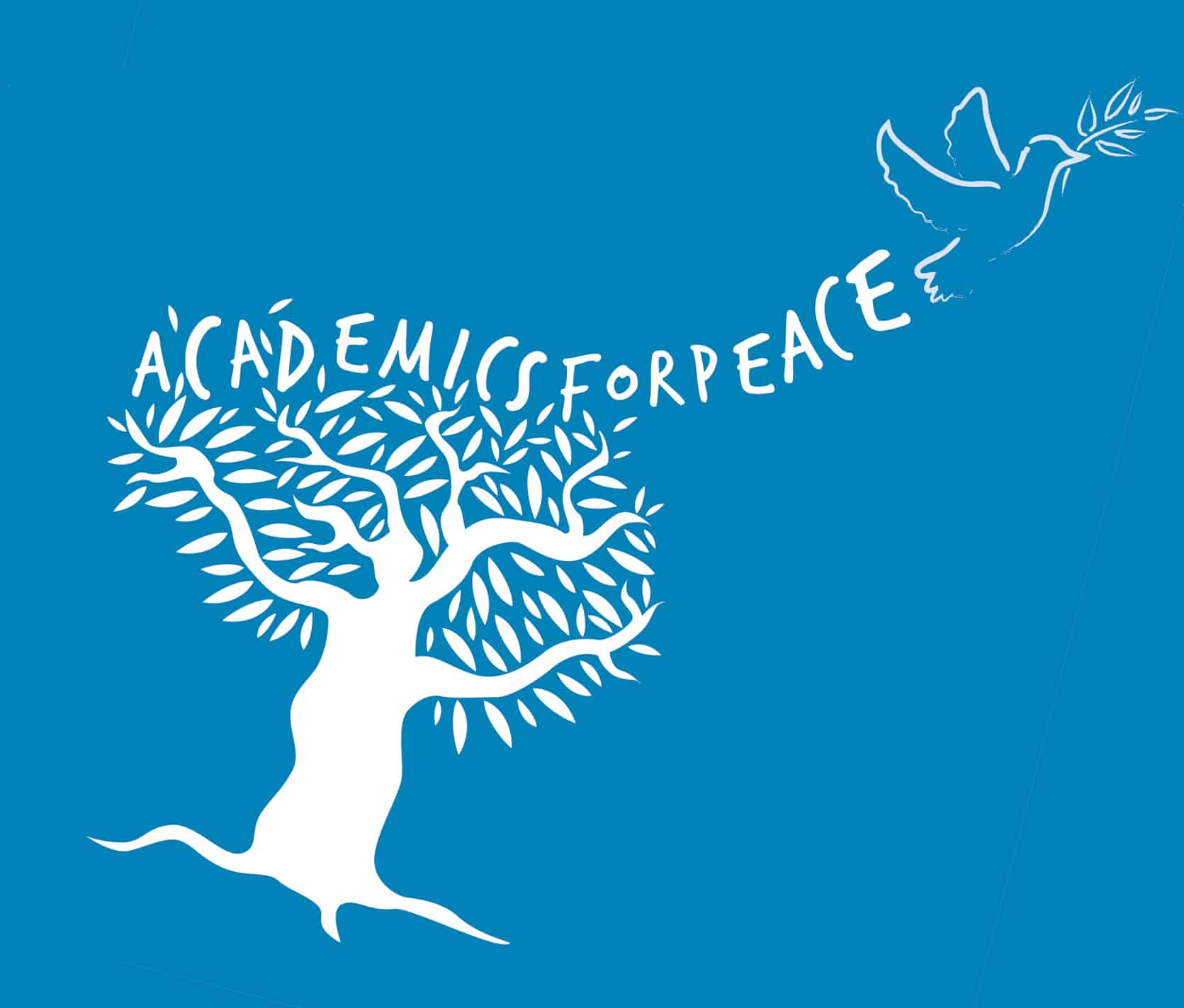 Prof. Stephen Reicher (University of St Andrews) with an account of a day spent observing political trials of academics in Turkey, as a member of a delegation from the International Society for Political Psychology.

So far, 523 academics have gone through this process [you can read some of the background in previous coverage here and here]. But the sheer scale of the repression can sometimes make us lose focus and lose sight of the human dimension of what is happening. So here, I tell the tale of the trials through the experience of one remarkable young woman in one of the many trials that have been happening almost every day in Turkey for over a year – and which are still far from over. What is happening is enough to make us despair. But, as I hope to show, it ultimately conveys a message of hope…

We are in a courtroom on the fourth floor of Istanbul’s monumental Palace of Justice. Huge slabs of glass, stone and concrete. All built to a scale that seeks to make the individual feel puny next to the power of the state.

The courtroom is small. On the high bench sit three judges and a prosecutor, half hidden behind computer screens. All wear black robes, with high stand up collars of red and gold. The prosecutor, in his, looks a cross between the Count in a vampire film and Freddy Mercury without a moustache.

Lower down, at a plain desk in a plain robe the defence lawyer. The accused sit in a row, facing the Bench. At the back of the court, packed tight in a small space, we sit amongst all those who have come to support the defendants. There are ten of these, mostly women, some men; young and old, a mixture of academics and medical doctors.

All are on trial because, in 2016 they signed a so-called Peace Petition. At a time of heavy conflict between the government and the Kurdistan Workers Party (PKK), when official forces were inflicting indiscriminate repression and harming civilians in Kurdish towns, the petition stated ‘we will not be a party to this crime’. It called for an end to human rights abuses and a return to talks.

The state claimed that this stand against violence was support for violence and, under article 7/2 of the Turkish Anti-Terror Act, started charging the signatories with terrorist propaganda (though some were additionally charged under Article 301 of the penal code of ‘insulting the Turkish nation and state’).

We are here to support Aslı, a young PhD student in psychology and local activist in the Education and Science Workers Union, who was one of some 1200 academic signatories. When she signed the petition, she didn’t see it as anything particularly radical. She certainly had no idea of all that would soon happen to her. First, she was investigated and reprimanded by her University. Then, her passport was taken away. Next her scholarship was removed. Many in the University, including her supervisor, began to shun her. Now she is on trial, facing a prison sentence and the end to any prospects of employment in her country.

The procedure in the Court is identical for all ten defendants. Each in turn stands and explains why they signed the petition. Each stresses that they were supporting an end to violence and human rights violations as a means of securing talks and peace. Each stresses that they acted less from a political perspective than out of a sense of moral obligation: the doctors (several of whom were trauma specialists) out of the need to end the trauma of conflict; the social scientists out of the responsibility to help government rule better; Aslı (amongst others) out of the obligation to speak out for the good of their country.

After each defendant speaks, the Defence lawyer rises and makes detailed legal arguments as to why signing the petition could not be seen as an offence under Article 7/2; why the procedures of the court were illegitimate, why further documentation was necessary before a reasoned decision could be made. She argues that signing the petition was an instance of people’s constitutional and human rights of free expression.

She is clearly in considerable discomfort from some physical ailment, but the lawyer talks smoothly and powerfully. She reasons clearly, citing legislation and evidence and precedent. While the language is foreign and the words are translated by a Turkish colleague who accompanies us, the process is entirely familiar as an example of legal process.

But here is where things begin to feel strange – and then they only get stranger and stranger. As the defendants and the lawyer make their cases, the Head Judge (the only one of the three judges who said anything during any of the trials) and the Prosecutor make an ostentatious display of not listening. They play on their phones. They browse their computers. They stretch and yawn and take drinks. Not once do they look at those who are speaking. In another courtroom the Prosecutor even fell asleep. The message is quite clear. We don’t need to hear your argument because we don’t care about your argument. You can make as many points of law as you like. We have no intention of even addressing them. Our minds are made up already.

And so, when it comes to the Prosecutor’s turn, he simply reads out a statement, cut and pasted from the documentation of a previous trial. It asserts that signing the petition was support for terrorism. There is not even the pretence of providing legal of evidential grounds to support the claim.

Equally, when it comes to the Head judge’s turn, he too uses a cut and pasted passage to give his opinion that this was terrorism. Apparently, in previous trials this had been done so mechanically that they even forgot to change the name of the defendant and so indicted someone who wasn’t present. Worse still, the judge wasn’t even embarrassed by this.

Without even conferring with his fellows the Head Judge hands down the same sentence – 15 months – which had presumably been handed down to him (as to all the other judges in all the other Peace petition trials all of whom also handed out 15 month sentences) from above.

At one point the Defence Lawyer became so exasperated with the travesty unfolding before her, that she said to this Judge ‘what destroys me is that you don’t even bother to address my legal points, you make no legal argumentation and give no legal rationale for your decisions’.

The Judge exploded with rage. He shouted. He gesticulated. He went bright red in the face. He jabbed his finger at the lawyer. He then denied being angry and said he was just upset by being told he was angry (which, being a Judge and therefore totally in control of proceedings, could obviously not be the case). Then, to the incredulity and laughter of the defendants and their supporters (even one of the other judges began to smirk before she quickly hid her face) he expostulated: ‘and I can’t give my legal opinions because the media would simply use them to mock me’.

Defendants did have one option at the sentencing. They could acknowledge their guilt and ask for the sentence to be suspended, in which case they would not actually go to prison. Or they could refuse and be incarcerated.

There is an informal understanding between the Peace petitioners. Since the cost to younger signatories would be so much the greater – the end of all prospects of employment, of benefits and even the use of public services – then they would accept suspension. However some of those who were retired and already had their pensions refused to accept suspension and would fight on through the appeal courts. They saw it as no sacrifice. Shared repression had brought all the defendants so close together that they felt like family now.

And so the Kafkaesque charade concludes. Ten more innocent people are now convicted criminals. Their call for peace had been transformed into a call for violence. Their call for harmony had been represented as terrorist propaganda. They have been tried in a Court of law in which Prosecutor and Judge have no interest in matters of law. Without doubt, we have just sat through a political trial aimed at silencing any voice which disagrees with the government.

As for Aslı, she too was now officially a criminal. Under the present regime in Turkey, at least, her academic prospects were destroyed. But remarkably, as we talk later in the day, she is not down-hearted. Quite the opposite. She said ‘In a strange way I feel affirmed by the process. They did everything they could to me. And yet I am still here. I am still standing. I still have voice. I feel empowered’. She also explains how her strength came from the support of her fellow signatories and from the knowledge that, all over the world, people knew and cared about what was happening to her.

And that, ultimately, is what we learnt from our day in an Istanbul Court. The regime tried to silence the Peace petitioners. It tried to isolate and weaken and destroy them. That was why, instead of trying them all together (after all, they had all done exactly the same thing), it chose to proceed against them one by one. But their plans backfired. More and more supporters, both local and international, began to turn up to each trial. Solidarity spread. Support increased. And while there is no doubt that the situation in Turkey is dire, and while the petitioners have had much to endure, they most certainly are not destroyed.

With the support of her colleagues in Turkey and beyond, Aslı and all the others, do have a future. https://afp.hypotheses.org/756 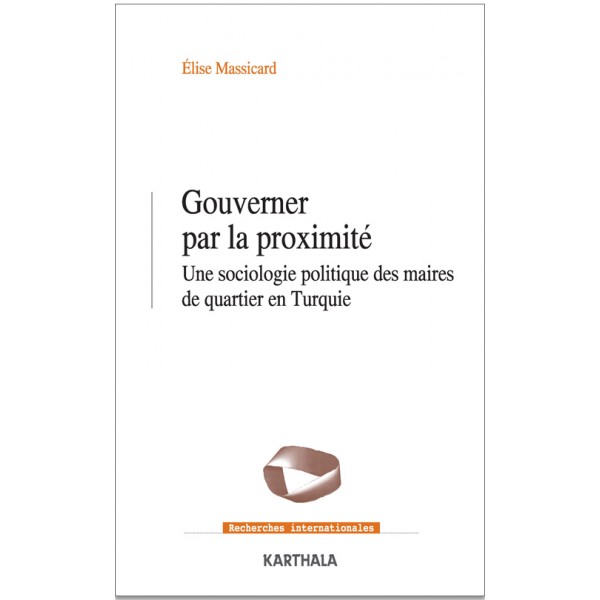